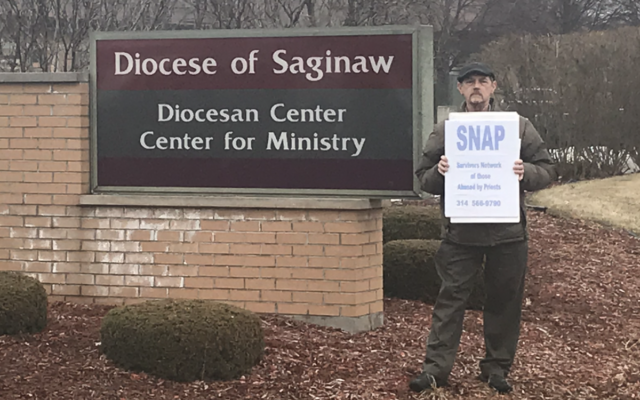 Clergy sex abuse victims have come forward to demand information on more priests that have been accused of sexual misconduct.

The Saginaw Catholic Diocese has come under fire for priests who have been involved in sexual abuse cases during or prior to their time within the diocese. During an informational picket session, the Survivors Network of those Abused by Priests (SNAP) revealed newly accused priests, including Fathers Roy Drake, Francis Landwermeyer and Austin Schlaefer for their alleged involvement.

Schlaefer and Drake have since passed away, but SNAP still wants to bring attention to the issue of sexual abuse in the diocese to prevent any future acts or history from getting swept under the rug.

The diocese has said in response that the information on Landwermeyer was new to them, they were unaware of any new cases, and the Michigan Attorney General’s office is in possession of all of their clergy files. Anyone who may have been a victim of sexual abuse in the church is advised to contact the Attorney General.