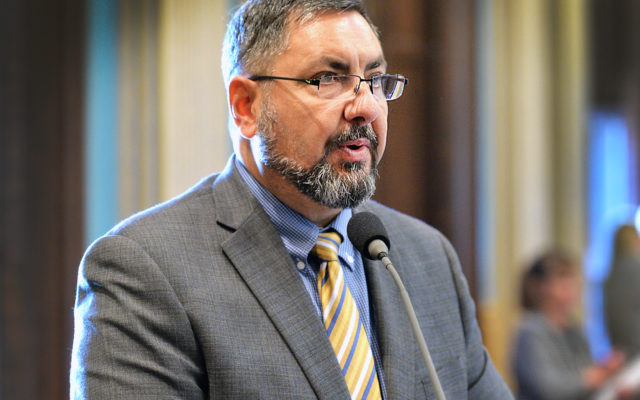 State Senator Jim Stamas of Midland told his colleagues in Lansing Wednesday what it’s been like in the aftermath of historic flooding in his district, which includes Arenac, Gladwin, Iosco and Midland counties.

“A week after unimaginable flooding devastated thousands of people in my hometown and many surrounding communities, it’s still difficult to comprehend what has happened,” said Stamas, R-Midland. “I want to thank all the first responders, volunteers and residents for stepping forward to help one another. A special thank you goes to the local emergency operations managers, those who are working at the centers, and the local elected officials for their coordination of so much work in response to this disaster. Only through God’s grace have we not lost a single life throughout this event, which is an amazing testament to the spirit of our communities and the dedication of those who face danger themselves.”

Stamas listed some of the many organizations and businesses that have helped affected residents and recognized the people from throughout the state and country who have offered support. He also encouraged anyone who wishes to help to visit the United Way of Midland County at UnitedWayMidland.org/.

The senator mentioned some of the devastation, from seeing a destroyed restaurant in Sanford to tearing out walls and carrying out family possessions in homes. Stamas also said that the area will need state assistance to recover, some of which is already happening.

Gov. Gretchen Whitmer has declared a state of emergency in Arenac, Gladwin, Iosco and Midland counties in Stamas’ district as well as Saginaw County in the 32nd District.

“There are investigations that need to happen, but right now, the first priority is of the residents in the communities to make sure that we provide all of those things that they need at this time,” Stamas said. “I am asking the governor to please allow restaurants in these four counties to reopen so that the displaced families have a place to go for a safe meal until they can return to their homes.”

Whitmer was asked about Stamas’ request at a news conference Wednesday afternoon, but did not give a direct answer, only saying her executive orders addressing COVID-19 allow restaurants to provide takeout and delivery.