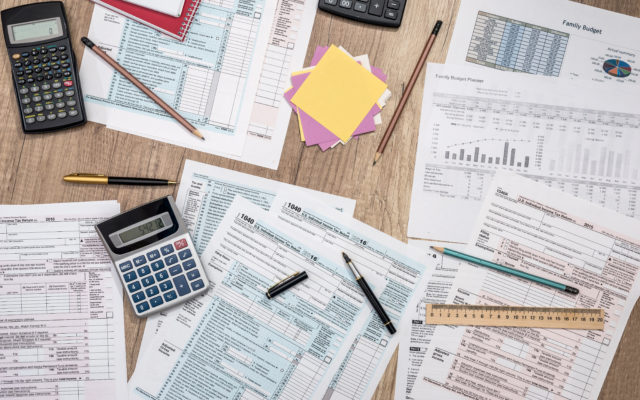 State Rep. Rodney Wakeman of Saginaw Township has introduced a plan he said would allow Michigan families to keep more of their hard-earned money through state income tax relief.  Wakeman’s plan would immediately reduce the state income tax rate from the current 4.25 percent to 3.9 percent in 2021 and phase out an additional 0.1 percent each year beginning in 2022 until eliminated.

Wakeman said in 2007, as part of a legislative deal to avoid a government shutdown, then-Gov. Jennifer Granholm and state lawmakers agreed to temporarily increase the state income tax rate of 3.9 percent to 4.35 percent. The pledge at the time was for the tax rate to fall back to 3.9 percent by 2015, but it never happened. The state income tax rate was later reduced to 4.25 percent in 2012. Wakeman said his plan will fulfill the promise made to Michigan families more than a decade ago.

“Whether it’s a phone call, letter, at monthly office hours or at a community event, one of the top requests I’ve heard from Saginaw County families since coming to Lansing is to deliver tax relief,” Wakeman said. “This is about restoring people’s trust in government by making good on a promise made to Michigan taxpayers over 10 years ago. For too long, tax spenders have gotten their way. Now it’s time to give hard-working families a break by delivering long-overdue tax relief.”

Wakeman’s measure is expected to be referred to the House Tax Policy Committee for further consideration.