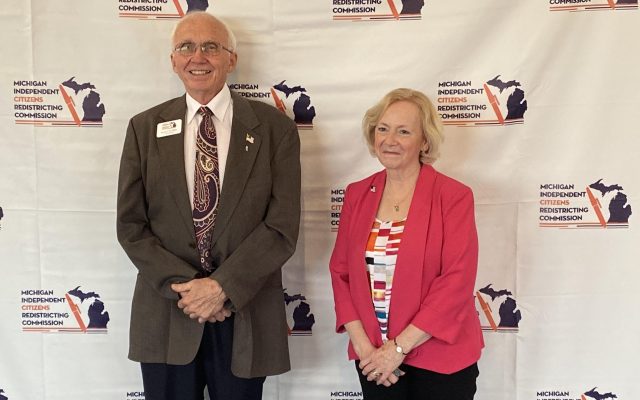 The Michigan Independent Citizens Redistricting Commission met at Midland’s Great Hall to hold one of its 16 scheduled public hearings.

Before making any changes, Commission Executive Director Sue Hammersmith says the MICRC is required by law to hold at least 10 public hearings to inform residents about the redistricting progress and gather information from the public about potential district plans and concerns.

The session allowed residents in the area to speak with commissioners who will soon be determining lines drawn for Michigan Congressional, House, and Senate districts for the next ten years.

Richard Weiss from Saginaw Township, one of the Thirteen commissioners tasked with the redistricting job, says he’s learning more about the areas being affected by redistricting- especially with Michigan losing a congressional seat.

He adds the commission wants as much input as possible online (michigan.gov/MICRC) on the process if you can’t make it to any of the remaining input meetings across the state.

At that site- you’ll be able to find information on district maps,  the commissioners, and where they’re from; as well as leave comments for future sessions, and listen to all of the commission’s older public hearings.

The MICRC was created following the approval of a 2018 ballot initiative (Proposal 18-2) in preparation of the 2020 US Census, to move control of redistricting from the state legislature to a more independent and transparent commission.