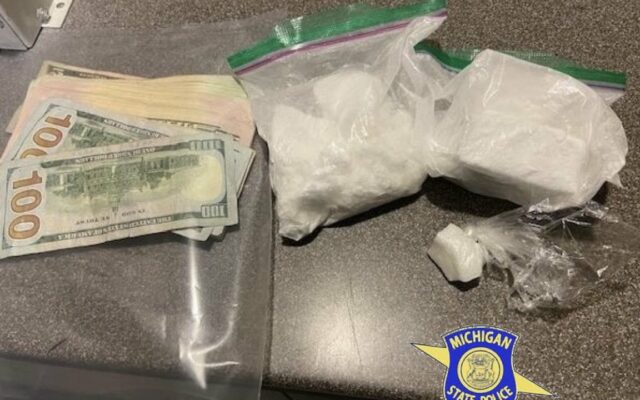 Image of drugs and money seized during traffic stop (MSP)

Police in Saginaw have arrested a suspect after discovering suspected drugs during a traffic stop.

According to Michigan State Police, troopers with the Safe Cities Partnership pulled over a vehicle for an improper turn and lane use near Owen and Rust Streets on Tuesday. They say a search of the vehicle turned up 389 grams of suspected powder cocaine, 5.1 grams of suspected crack cocaine, and a large amount of cash.

The driver was lodged at the Saginaw County Jail.