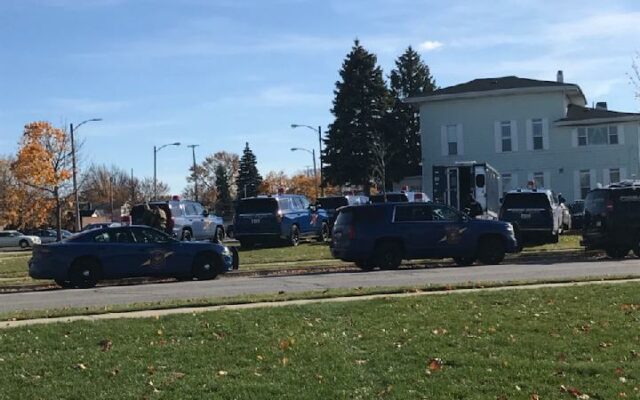 6:00 p.m. UPDATE: The Bay City Department of Public Safety has announced that the suspect was taken into custody around 5:00 p.m. Police say no officers were injured in the arrest, but the suspect received minor injuries from continued resistance.

Police are in a standoff at a Bay City apartment building that reportedly began when a resident was served eviction papers.

Earlier this week, the man allegedly brandished a knife when he was served the eviction notice by an officer of the court, resulting in a warrant being released for his arrest.

Police say that around 12:30 on Thursday, officers accompanied the court official returning to the building at 212 Garfield Avenue, and the resident brandished a shotgun. Officers retreated and called for backup, while the man barricaded himself inside.

The Bay City Department of Public Safety is the lead agency in the investigation. The Bay County Sheriff’s Department and the Michigan State Police Emergency Services Team is also on the scene.