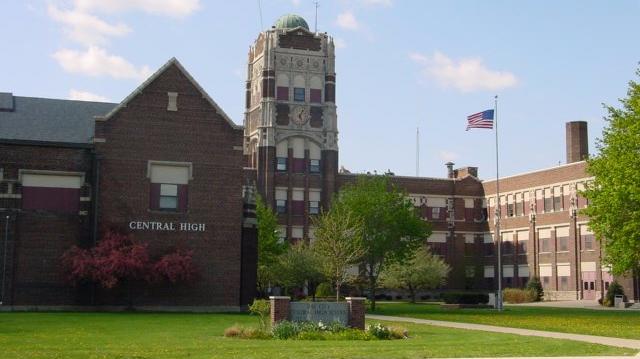 One student is in custody and another is being treated for minor injuries after being stabbed in fight at Bay City Central High School earlier today.

The Bay City Department of Public Safety says around 9:15 am, school staff broke up a fight in a second-floor bathroom between a 19-year-old student who reportedly stabbed another 16-year-old student twice in the head with a small folding knife resulting in minor facial injuries and a cut on the hand.

Police say the two are related to each other and the incident appeared to be related to another outside incident.

The student suspect is being held in the Bay County Jail after a school resource officer arrested him without incident.