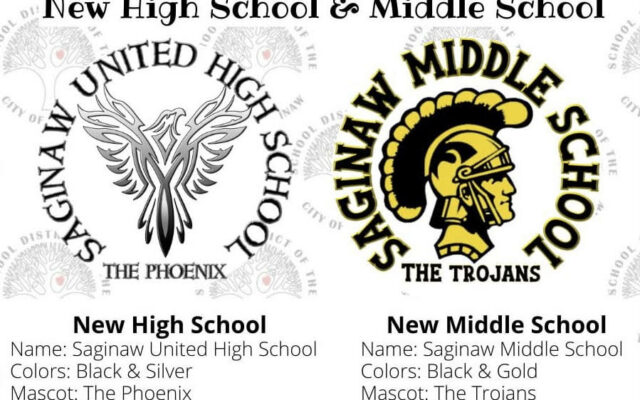 Saginaw’s upcoming comprehensive High school will now be called ‘Saginaw United High School’ after an unveiling at wednesday’s board of education meeting.

The name had already seen some use by the already-combined football team consisting of Saginaw High and Arthur Hill students.

Moving to a black and silver color motif, the school’s Phoenix mascot will represent the communities in the City coming together and being reborn under one school according to Superintendent Dr. Ramont Roberts and Rod Green, a facilitator with the Michigan association of school boards.

Dr. Roberts says recently released survey results leading to these choices were, for the most part, overwhelmingly in agreement.

The vote on school colors, however, required a bit of intervention. Dr. Roberts says the winner of the colors survey was actually Blue & Gray by a 1% margin over the chosen Black & Silver- but the district already has a school using those in the Saginaw Career Complex.