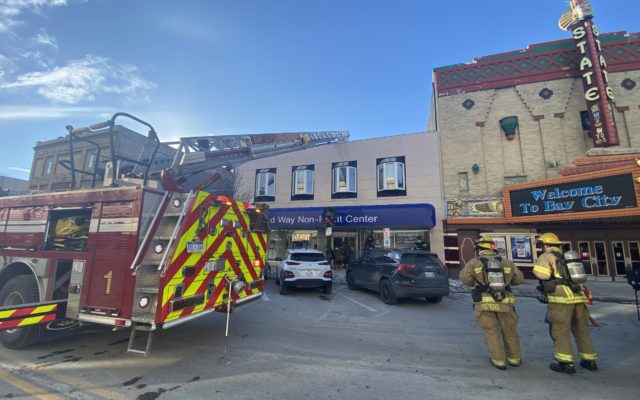 Fire crews in Bay City responded to the United Way at 909 Washington Ave. after reports of smoke around 2:30pm Tuesday afternoon.

Responders arrived and were directed to the area where employees smelled smoke, and wound up on the roof looking for the source.

Eyewitnesses shared initial reports of a possible issue with the building’s heating and cooling system, but Fire Chief Kurt Corradi confirmed the source ended up being shorted wiring near the building’s elevator shaft.

Washington Ave. between 4th & 5th streets had been closed and blocked off for nearly 2½ hours both due to the incident and the space responders needed to access the building.

No property or structural damage had been reported, and Corradi says no one was injured in the incident.

While none of the nearby apartments or businesses were evacuated, several apartment residents did step outside as a precaution.