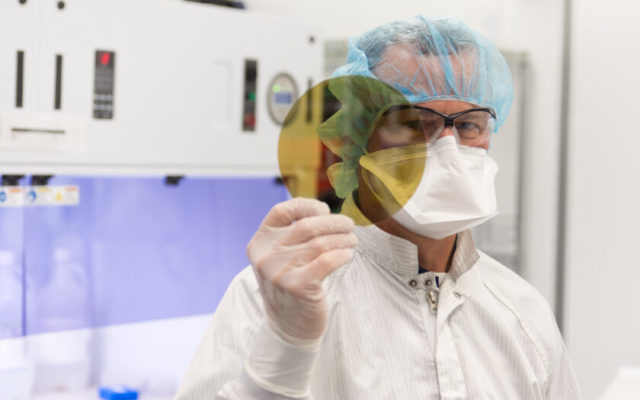 A scientist at SK Siltron CSS holds a silicon carbide wafer produced at the company's Michigan facility. The company plans to expand its Michigan operations to increase production of these wafers, which can be used in power system components for electric vehicles. (source: SK Siltron CSS)

SK Siltron CSS, a U.S. subsidiary of South Korea-based SK Group, will open the doors to its new $300 million plant at 1311 Straits Dr. The company manufactures a specialty wafer made of silicon carbide that can be used in electric vehicles to allow a more efficient transfer of electricity from the battery to the motor, increasing the driving range by 5 – 10 percent.

The new facility underscores SK Group’s commitment to the state of Michigan and reaffirms its plans to invest a total of $52 billion and create tens of thousands of jobs in the U.S. by the end of 2025.