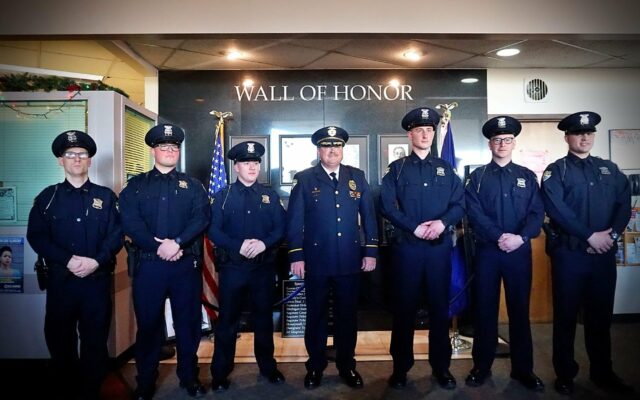 Saginaw’s police force grows to 60 with the addition of a half dozen new probationary officers.

James Campbell, Ernest Fulco, Richard Jacklin, John Luth, Devin Yaklin,  and Christopher Wheaton were joined by family and loved ones while being sworn in Monday.

The  six will follow higher ranking field-training officers as they work their way into the department.

Chief Bob Ruth says with a number of retirements on the horizon, the new officers are a welcomed addition.

If three upcoming retirements are included, the new swear-ins bring police numbers at the department up to 57.

Three more recruits entering the Delta College Police Academy in January are expected to join the force by April.

Ruth says the six will be working hand-in-hand with field training officers for their first 4 months.

After that they’ll be working as road patrol for at least two years, after which they can apply for other specialty roles within the department.