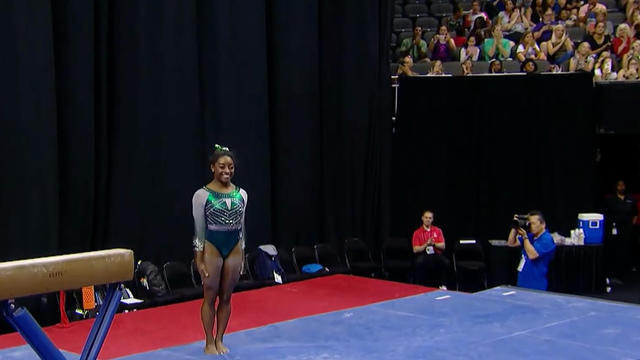 U.S. gymnastics champion Simone Biles won a record-tying sixth all-around title at the U.S. Gymnastics Championships in Kansas City, Missouri Sunday night. The 22-year-old took the top scores on floor, vault and balance beam but placed third on bars. Biles also became the first woman to land a triple-double during floor exercise competition in the process, according to Team USA.

Biles’ sixth title tied the U.S. mark by Clara Schroth Lomady in the 1940s and 1950s, when the AAU awarded national titles, according to Team USA. On Friday night, she became the first gymnast to attempt and land a double-twisting double somersault dismount of the high beam, Team USA noted.

The latest competition was seen as the start of Biles’ preparation for the 2020 Olympics. She’s already a four-time Olympic gold medalist and will head to Tokyo as the prohibitive favorite, observers said.