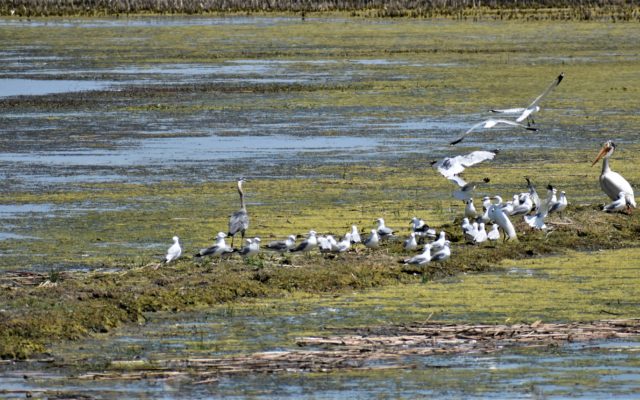 The Shiawassee National Wildlife Refuge Wildlife Drive has reopened for the 2020 season after closing due to major rainfall and flooding in May. The Wildlife Drive and Ferguson Bayou Trail were among critical refuge infrastructure areas damaged by the flooding. They reopened July 10 at sunrise.

The popular 6.5 mile self-guided auto tour route had been closed since the May 19, when the refuge was inundated with floodwaters. The Ferguson Bayou Trail area will remain closed while refuge staff repair washouts and other hazards.  Later this summer, refuge officials anticipate occasional closures due to the replacement of a pump house along the Wildlife Drive.

Beyond those closures, the drive will open daily at sunrise, closing one hour before sunset through September 30.