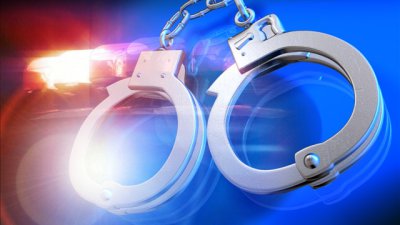 Six individuals have been charged in a first superseding indictment that was unsealed today in a wide-ranging Saginaw County drug conspiracy.

Named in the first superseding indictment are:

According to court records, the case began on March 25,  when the United States Attorney’s Office charged five people in a criminal complaint with conspiring to distribute quantities of cocaine and heroin brought into the country from Mexico.

On April 4, a federal grand jury indicted these same individuals for their participation in the conspiracy.

Six others are now also believed to have participated in the drug conspiracy as identified in the first superseding indictment.

Also arrested was 54-year-old Cecil Peoples on a criminal complaint for possession with intent to distribute cocaine in addition to weapons charges.

All seven have been arrested were to appear in federal court Thursday afternoon for arraignment.

US Attorney Ison  said “With these arrests, a major drug distribution organization has been dismantled, I’d like to thank the entire law enforcement team that worked so hard on this case. This case demonstrates cooperation and teamwork at its best.”

Special Agent in Charge of the FBI in Michigan, James A. Tarasca, adds to Ison’s statement saying “The FBI is proud to work in close partnership with each of the federal, state, and local law enforcement agencies involved in the execution of today’s arrests and search warrants. […] An operation of this scale goes a long way towards making our neighborhoods safer from violent gangs trafficking narcotics.”

The indictment alleges that since at least the fall of 2021 and continuing to at least March 22nd, 2022, several of the defendants conspired to possess with the intent to distribute, and to distribute, cocaine.

In conjunction with the unsealing of the indictment, FBI special agents, along with agents and officers from other federal, state, and local law enforcement agencies, executed numerous search warrants at various locations throughout Mid and Southeast Michigan.

Charges in the indictment are currently merely accusations, and the defendants are presumed innocent unless and until proven guilty.

The case is being prosecuted by Assistant U.S. Attorneys Tim Turkelson and Bill Vailliencourt