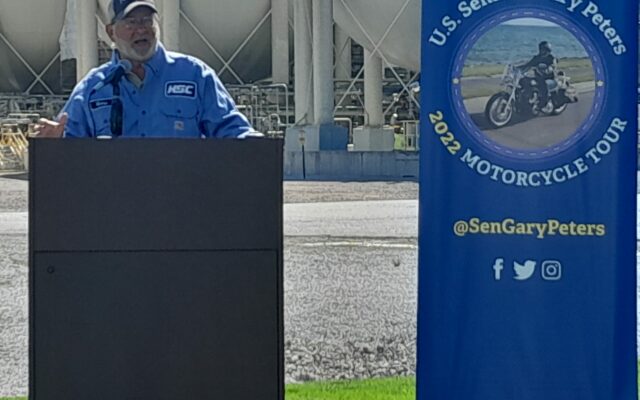 U.S. Senator Gary Peters is on his annual motorcycle tour of Michigan, with a stop Wednesday, August 31 at Hemlock Semiconductor.

Peters toured the facility, where hyper pure polysilicon is manufactured for things like cell phones, computers, vehicles and solar panels. Peters highlighted both the CHIPS and Sciences Act, which aims to make the U.S. a leading global producer of polysilicon, and the Inflation Reduction Act, which has provisions to increase renewable energy production.

Peters says both pieces of legislation will open the way for an increase in demand for things like solar panels. They will also increse economic and national security, amkng the U.S. less dependent on foreign countries or companies for products the U.S. needs in manufacturing.

Peters’ last stop on his tour will be at the state police command post in Lansing to discuss cybersecurity.