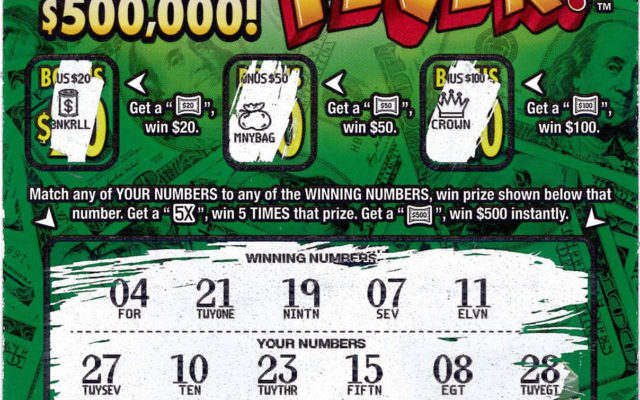 A 40-year-old Saginaw County woman has won $500,000 playing the Michigan Lottery’s $500 Fever instant game.  The winner, who asked to remain anonymous, said she decided to buy a lottery ticket after stopping to buy gas at the Conlee Travel Center at 9180 Birch Run Rd. in Birch Run. She said she scratched off the ticket after getting into her car, and was in shocked after realizing she had won. The winner told Michigan Lottery officials she plans to buy and a house and a new car.

The $500 Fever instant game launched in August, and still has a total of $14 million in prizes remaining, including two $500,000 top prizes. So far players have won more than $16 million playing the game.