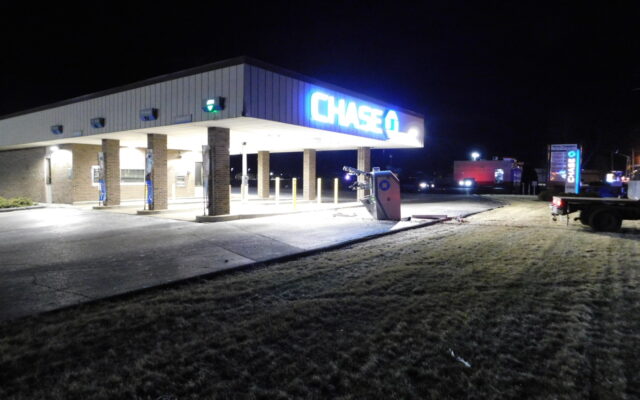 Saginaw Township Police are investigating an attempted ATM theft at a Chase Bank branch at 4144 Bay Rd. Officers responded to the bank for an ATM alarm about 2:30 a.m. Monday.  When they arrived, they found an ATM pulled from its foundation and abandoned in the parking lot, still attached by chains to the trailer hitch of a flatbed pickup truck. Police later found out the pickup truck had been reported stolen out of the City of Saginaw. Preliminary findings indicated no cash was taken from the ATM.

Anyone who saw the incident or has any information is encouraged to contact Saginaw Township Police at (989) 793-2310.