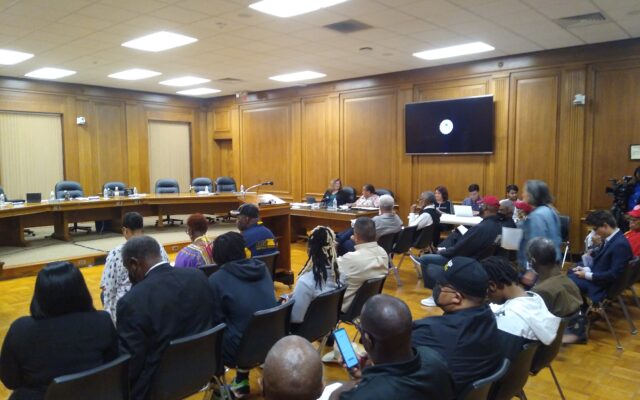 The council chambers were filled to capacity as one by one members of the community gave their opinions on the city’s American Rescue Plan Act (ARPA) Committee’s Funding Recommendations Report, which recommends how to spend $26 million in ARPA funding.

Jeffrey Bulls from the Community Alliance for the People (CAP) was part of the committee. He says that the report wasn’t the end of the decision making process, and that he believes the committee should decide where money is allocated, stating, “You only have buckets, so that’s the incomplete part. The city council chose buckets, they picked buckets, and then put together a commission. Then they chose buckets, and that’s not specific enough. We need specificity.”

Many public commenters voiced their disappointment with the recommendations, but still remained hopeful that the council would make the right choice. Saginaw resident Denita Dorsey said, “It’s not finished yet. I’m definitely optimistic. I definitely have hope for this community because we still have the power to make our voice heard, and we still have a chance to make sure that these funds are transformative for this community.”

Council members, along with City Manager Tim Morales, made it clear that the report only gave general recommendations, and that the final judgement on spending belonged to city council. The council will review the information given and meet in two weeks to schedule a time when they will begin to sort through 409 proposals and allocate funding. In the meantime, City Manager Morales says, community input is welcome by the usual channels, especially the public input segment of city council meetings.