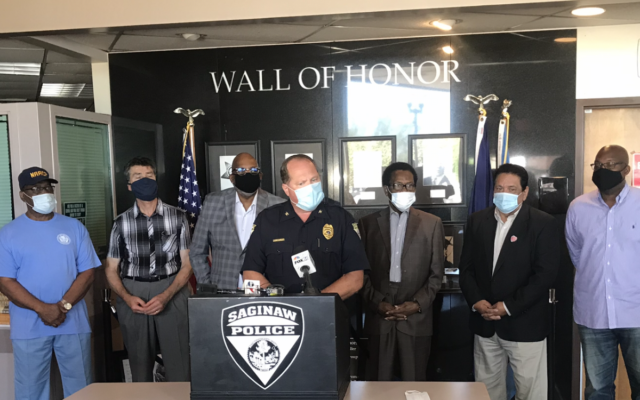 After investigation of excessive force at the Saginaw County Jail Saturday, July 11 a Saginaw police officer has been terminated.

The officer, whose name has been withheld due to an ongoing criminal investigation, was caught on video striking Jennifer Clemmons,  a 57-year-old African American female inmate who was in handcuffs several times after she had spit on him, causing her to fall to the ground.

The officer was on unpaid suspension since the incident. Saginaw Police Chief Bob Ruth said the officer was given his due process before an expeditious internal investigation. Ruth said that investigation was prompt due to available video camera footage and minimal witnesses needing to be interviewed. He said the terminated officer was allowed to speak with police union representatives and attorneys before the investigation  conclusion.

Video evidence was shared with leaders of the Saginaw NAACP and ALPACT (Advocates & Leaders for Police and Community Trust), which said the department’s quick action was needed and important for the community.