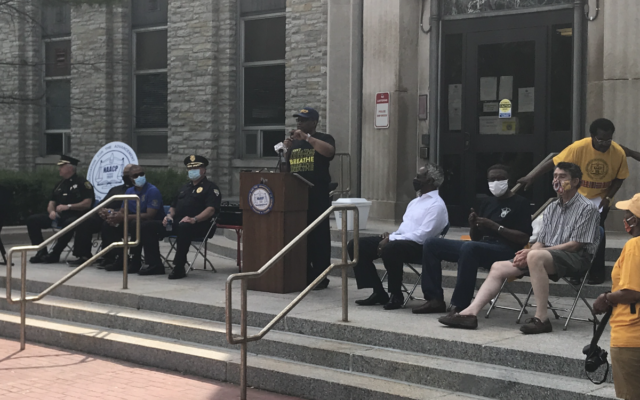 More than a hundred people stood in solidarity outside Saginaw City Hall Thursday, while Saginaw’s NAACP Branch gathered to talk about change.

Saginaw NAACP President, Terry Pruitt, adds one of the best things people can do is hold each other accountable and bringing people to the metaphorical table. He said “If you have an Uncle or someone talking disparagingly about people of other color, you gotta to call him out on it.”

Chief Bob Ruth discussed the possibility of bringing back a citizens advisory committee to the city police department,  and Saginaw NAACP Vice President Carl Williams says the issue is one that if not handled now may not be again for another 50 years.

Pruitt added that while the matter needs to be taken seriously and quickly, he believes change is coming because of the vigilance and diversity of those involved this time around.