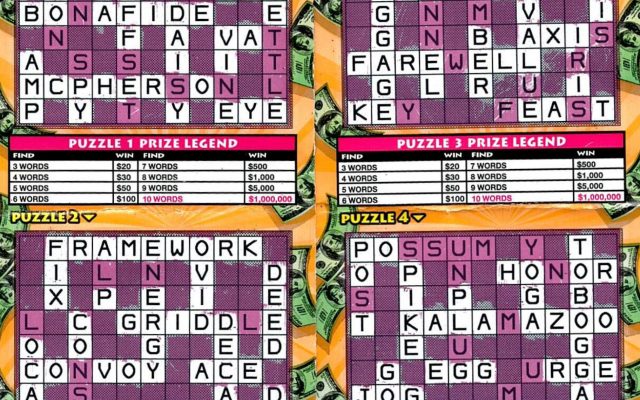 A Saginaw man is the lucky winner of $1 million after playing the Michigan Lottery’s Cashword Millions instant game. The winner, who chose to remain anonymous, bought his winning ticket at the Kroger store on State Street in Saginaw Township.

“I play the Cashword games regularly and purchased some while I was at the store,” said the player. “I was grilling out that night and decided to scratch my tickets. When I realized I’d won $1 million, I was so shaken up and excited, I couldn’t even finish cooking my dinner.”

The lucky 43-year-old player visited Lottery headquarters to claim his prize and chose to receive his winnings as a one-time lump sum payment of about $634,000 rather than annuity payments for the full amount. He plans to save his winnings.

“This prize provides a financial cushion for me and my kids. I’ve never had this kind of money, so it is going to change our lives,” said the player.