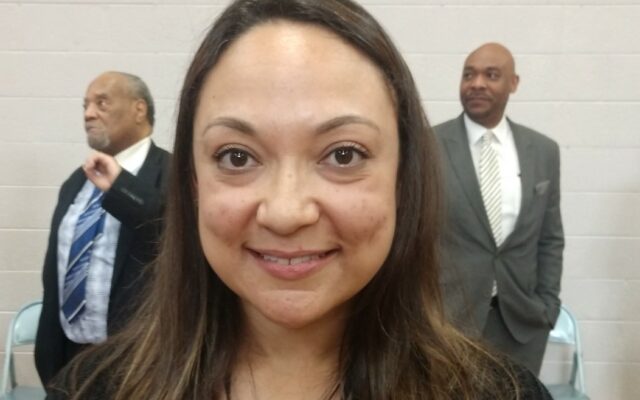 It was a surprise moment for Jenna O’Driscoll, principal of Merrill Park Elementary, who had no idea the Milken Family Foundation would be at the school Thursday, April 21 to present her with the Milken Educator Award and a check for $25,000. The award is given to educators across the nation who exemplify excellence in education. 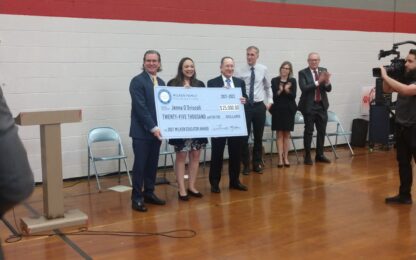 Milken Educator Awards Senior Program Director Greg Gallagher says O’Driscoll embodies the spirit of the award, which is excellence in practice, leadership and the ability to inspire not only her students but the community as a whole.

The Milken Family Foundation has provided the award to educators since 1987. The award is sometimes referred to as the Oscars of Teaching. This year, more than 60 educators from around the country will receive the award.

Gallagher says those educators will meet together in June at a forum in Los Angeles, California to learn best practices, work with mentors and become mentors themselves, propelling them into leadership and growing as educators.

O’Driscoll says part of her success as an educator comes from the people with whom she surrounds herself.

“I think that the culture and the climate in building relationships is always step number one. Once you’ve got those positive relationships and that collaboration, you can really start to build on that foundation. And that is why our academics are growing, we’re closing those COVID gaps and we’re just doing really great things here at Merrill Park.” 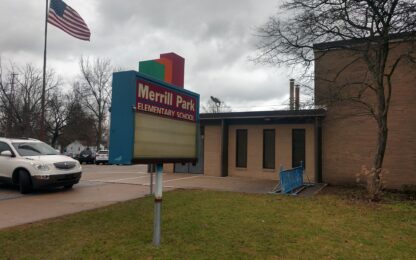 In attendance at the presentation were other educators, including Saginaw Public Schools Superintendent Dr. Ramont Roberts and Michigan Superintendent of Public Instruction Dr. Michael Rice. Rice says O’Driscoll “is a model educator who exemplifies what is best about Michigan public schools,” who is “devoted to her students, community and fellow educators.”

O’Driscoll is the first educator from Saginaw to receive the Milken Educator Award.