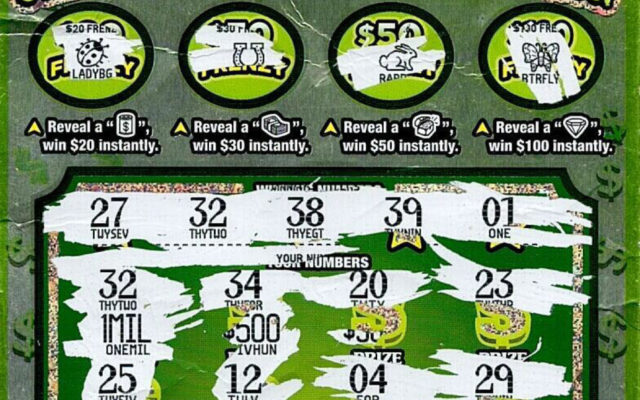 A 52-year-old woman from Saginaw County is the lucky winner of $1 million after playing the Michigan Lottery’s  $1,000,000 Frenzy Multiplier Instant Game.

“My friend and I were on the way home for a bonfire and we needed to stop for a couple things,” said the player, who chose to remain anonymous. “We stopped at the Marion Springs General Store, but they must have just closed because the door was locked. We were standing at the door when a clerk came over to let us in.

“We grabbed items for the night and picked up some Lottery tickets. I got home and got the fire going and forgot all about the tickets for a couple days. When I finally scratched it off, I was so surprised to win $1 million!”

The Marion Springs General Store is located at 12025 South Merrill Road in Brant. Brant is about 25 miles southwest of Saginaw.

The lucky player has claimed her prize at Michigan Lottery headquarters and chose a lump sum payment of $634,000 instead of 30 annual payments for the full amount. She said she plans to make life a little easier with her winnings.