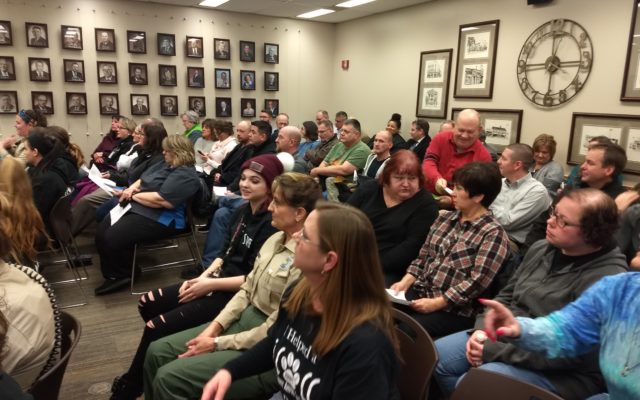 An overflow crowd was on hand as Saginaw County Commissioners considered a site for the $11 million animal shelter. (WSGW News photo by Bill Hewitt)

Saginaw County is going back to a committee after a proposed site for a new animal care and control center was rejected.

On a 5-6 vote Monday, January 27, the board turned down the Davenport St. site offered by the city of Saginaw. There was concern about possible contamination on site.

After the county board rejected a proposed site on Davenport, west of the Saginaw River, the courts and public safety committee will now consider a second option. The committee will consider property,near the southwest corner of Bay and Kochville roads in Kochville Township.

The committee will consider the site at its March 3 meeting and make a recommendation for the full Saginaw County  board to consider on March 17.