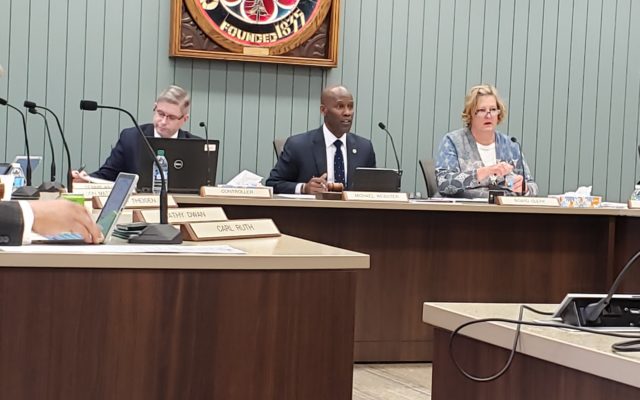 Chairman Webster said it is crucial for the county's budget that all residents are counted in the 2020 census. Photo by WSGW's Kaitlyn Farley for Alpha Media.

The Saginaw County Board of Commissioners is asking all residents to participate in the 2020 census.

Chairman Michael Webster said many residents and neighborhoods were poorly represented in the 2010 census, which resulted in a decrease of governmental support for the county. He said low participation for 2020 could result in further funding cuts and changes to district lines.

The board is working with other organizations on the Complete Count Committee to help residents overcome barriers to taking the census. Webster said the board will apply for a grant to install a kiosk in the county building. Employees will remind citizens to participate and help them fill out the census as needed. Mailers will also go out closer to the census’s first round invites being sent out in early March.