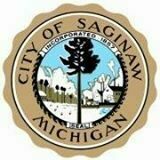 Still trying to determine how to spend $52 million, Saginaw city council has postponed the formation of an American Rescue Plan act advisory committee.

If approved at Council’s final meeting of the year on December 21st; 10 to 15 members on the committee will provide input on potential projects or spending plans that the City could use ARPA funds on, form recommendations for a strategic funding plan with community priorities in mind, and prepare funding proposals for consideration.

City Manager Tim Morales says the group’s formation is important because the city doesn’t want to pay back a dime that could be seen as misspent.

Morales adds the city will still primarily look to accountants and financial consulting groups to set up  grant guidelines if a project is deemed eligible for ARPA money, but the committee will help Council focus on what residents believe would be the most beneficial use of funds.

Following a 5-4 vote to delay the committee approval after disagreement on who should be allowed into the group;  positions are currently listed as limited to Saginaw residents, Owners of businesses located in the city, as well as the much-debated group of directors or managers of established and recognized non-profits or churches within City limits.