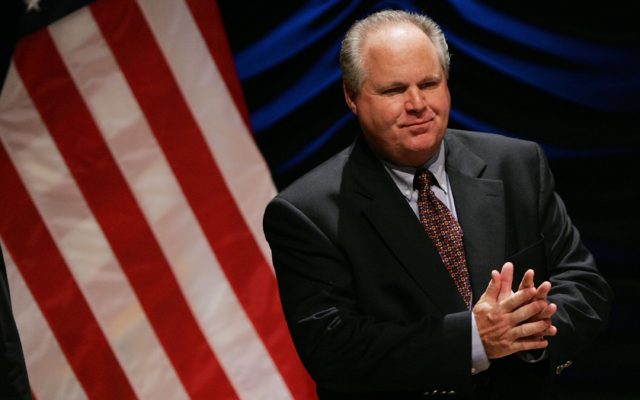 WASHINGTON - JUNE 23: Radio personality Rush Limbaugh interacts with the audience before the start of a panel discussion "'24' and America's Image in Fighting Terrorism: Fact, Fiction, or Does It Matter?", June 23, 2006 in Washington, DC. Radio personality Rush Limbaugh moderated a discussion sponsored by the Heritage Foundation titled and included members of the cast from the television show "24". (Photo by Win McNamee/Getty Images)

At the end of his show Monday, Rush disclosed that he has stage 4 lung cancer.  He shared the health information with his staff earlier in the day.  He learned the diagnosis January 20th which has been confirmed by two sources.  Rush plans to continue to do his show as best as he can, but will be off for the next couple of days while his course of treatment is decided.  We will share more information as it becomes available.  Please keep Rush in your prayers.