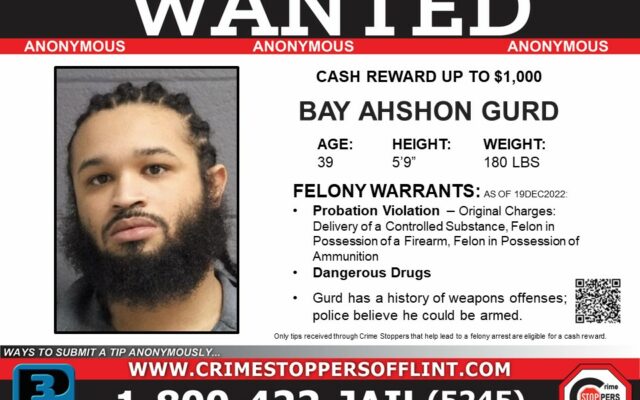 Crime Stoppers is offering a reward of up to $1,000 for information leading to the arrest of a man who has violated probation.

Anyone with information on Gurd’s whereabouts s asked to call 1-800-422-JAIL or leave a tip at crime stoppers of flint dot com.