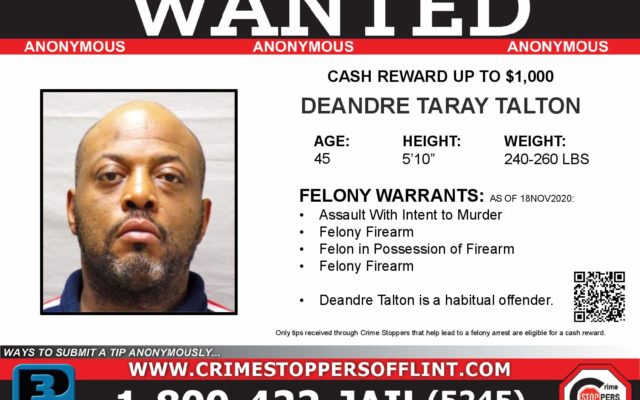 Crime Stoppers is offering a cash reward for information leading to the arrest of a suspect wanted for multiple counts.

45-year-old Deandre Taray Talton is wanted on charges of assault with intent to murder, felony firearm and felon in possession of a firearm. He is also an habitual offender.

Talton is described as 5’10” and between 240-260 pounds. He is bald with a mustache and beard which is turning gray.