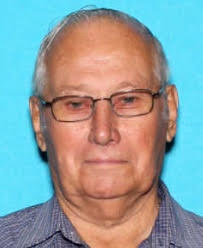 The family of a missing Saginaw County man has doubled the reward to $5,000.

Karl Marker’s family hopes that, with archery hunting season starting today, more people will be in areas that haven’t been searched yet.

Marker was last seen two weeks ago when he left his Kochville Township home saying he was headed to Fashion Square Mall to go for a walk.

His daughter says Marker has dementia that has worsened over the past few months and likely is without his medications.

Marker ,87, is 5’7″ and 185 pounds. He has gray hair and blue eyes. He was last seen wearing blue pants and possibly a tan jacket.

He was driving a 2011 GMC Savannah van either tan of silver in color with license plate number AUY500.