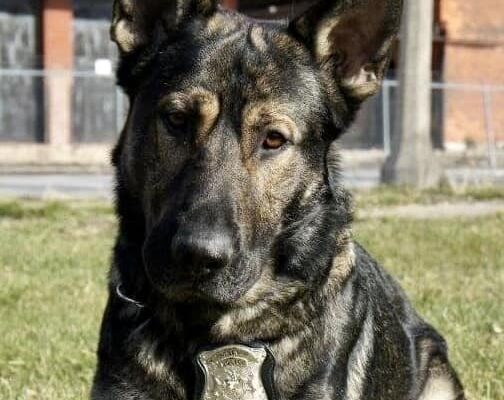 A memorial service was held Saturday for one of the Saginaw Police Department’s retired canine officers.

Canjo worked for the department with his handler Officer Doug Stacer for eight years, from 2011 to 2019. He excelled in finding narcotics, according to Stacer, but was also trained in tracking suspects and was often the face of the department’s canine program, attending PR events. Saginaw Valley Police Canine Association president Judy Wilk says Canjo is the reason the program grew as much as it did for the department.

Canjo died September 8 after suffering from severe back issues developed over the course of his career. He was laid to rest in the Michigan War Dog Memorial in South Lyon.