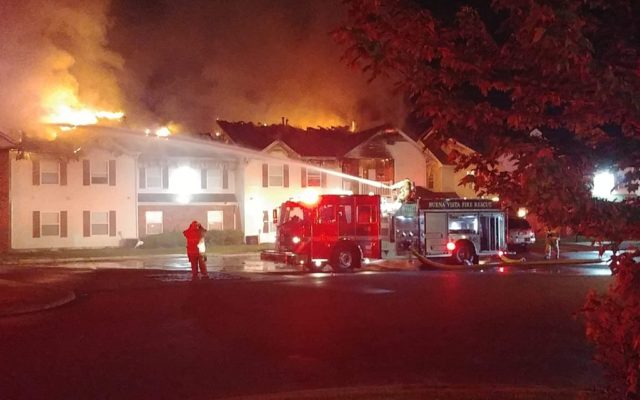 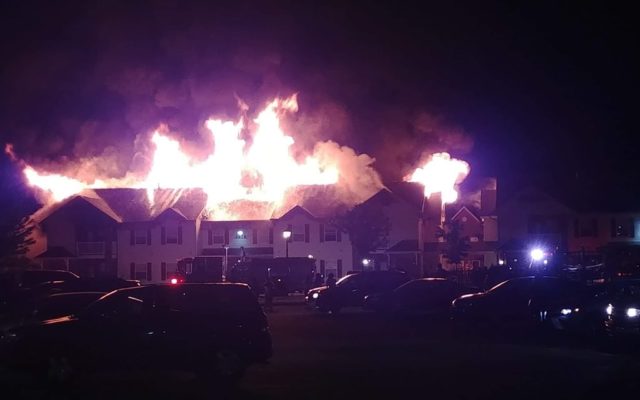 No injuries were reported after a massive apartment fire in Buena Vista Township Monday, June 15.

Saginaw County Central Dispatch reported the fire in the Autumn Ridge Apartments on Hess Street around 10:40 p.m. Departments from Buena Vista, Bridgeport, Zilwaukee and Saginaw all responded to the scene.

When fire crews arrived, the fire had spread through the upper levels of one of the complex’s buildings with the entire attic ablaze. Crews were able to contain the fire after about 30 minutes.

Residents had evacuated prior to the arrival of firefighters. A cause of the fire is under investigation.