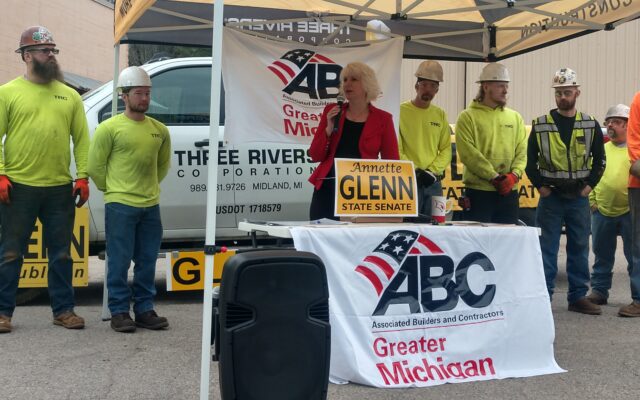 Glenn, in her second term as a state representative, is the first woman to represent the city of Midland in the state House. She was also nominated as House Member of the Year by state capitol news agency MIRS. She has been instrumental in getting help to families affected by the dam failures and flood of May 2020.

Glenn explains why she’s running for State Senate instead of seeking a third term in the State House.

“Well, number one in this issues is the dams would not be back by the ime I would have termed out in the House. And having watched what’s happened with (Enbridge) Line 5, I had a lot of concerns, depending on who’s at the top that that would become a battle. And I’m just absolutely committed that we get those dams back, and that will protect flooding many counties downstream as well as protecting the counties I represent now.”

Glenn will face Republicans Martin Blank, Tim Kelly and Christian Velasquez in the August primary. The winner of that race will run against Democrat Kristin McDonald-Rivet in November. The winner will replace Senator Jim Stamas, who is term limited.