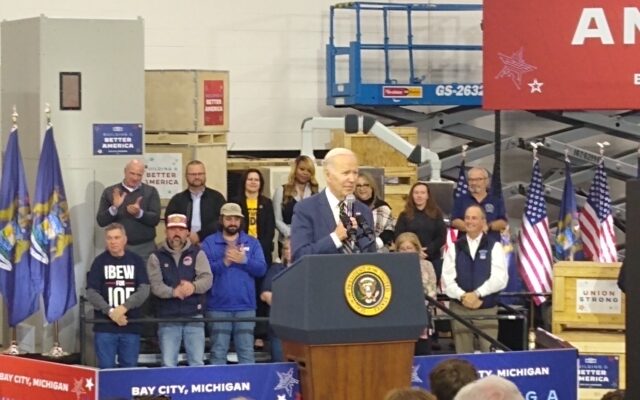 President Biden visited Bay City Tuesday to tour a recently-opened silicon wafer factory. The SK Siltron CSS facility opened in September as part of a $300 million expansion by the South Korea-based company, who makes silicon carbide wafers for use in electric vehicles, among other things.

“We need these chips to make vehicles. SK came along and is making the material that goes into these computer chips,” said the President, “so instead of relying on chips made overseas in places like China, the supply chain for those chips will be here in America, in Michigan. It’s a game changer.”

Governor Gretchen Whitmer also spoke during the President’s visit, highlighting the recent investments in Michigan specifically, including the expansions from SK Siltron and Hemlock Semiconductor.