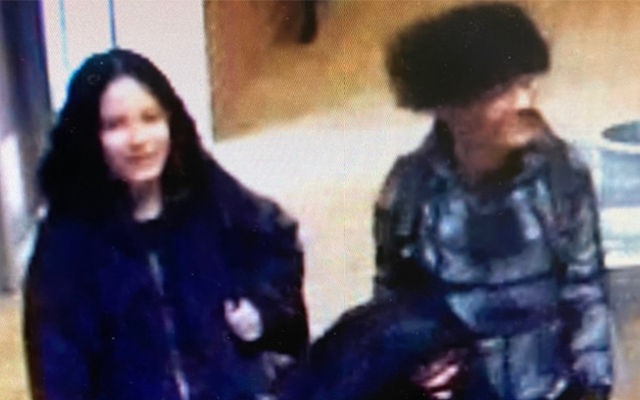 In a news release put out the department and shared on social media, police say the 14-year-old Douglas and her boyfriend, 15-year-old Illario Amar Silva, are believed to be traveling to the Chicago, Illinois area.

The two were last seen Friday and photos of what they were most recently seen wearing have been made available.

Reported as a runaway by her mother,  Douglas is 5’2”, 98lbs, with curly black hair just above the shoulders.

She has multiple nose piercings, large gage hoops in both ears, braces on her teeth, and was last seen wearing dark colored fuzzy pajama pants and an oversized black and red hooded sweatshirt- but may also be wearing a blue winter jacket.

While more information is still being investigated, Douglas has been listed as Missing and Endangered.

Anyone with more information on Douglas’ whereabouts is asked to call the Midland Police at (989) 839-4713.