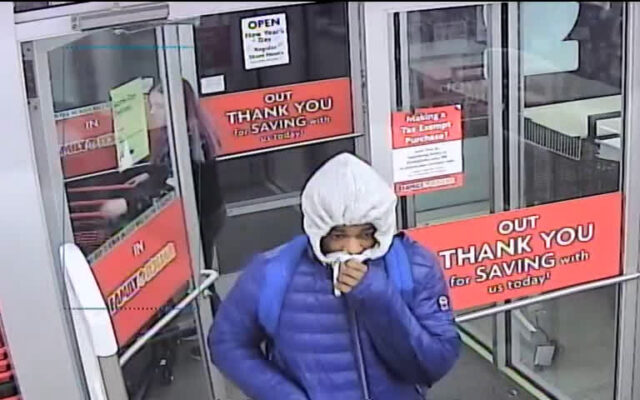 Detectives stress that they are still looking for a suspect in a New Years Eve robbery and shooting at a Saginaw Store. Police have released photos of a person of interest in the robbery of a Family Dollar Store that involved a teenage employee being shot in her face.

The surveillance camera images of the person that were released by the Michigan State Police show a man inside the Family Dollar at 3417 E. Genesee St., wearing a blue jacket with a large Adidas emblem on the back, gray sweatpants, a backpack, and a light-colored hooded sweatshirt with the hood pulled closely around his face.

Police have said an unknown person entered the store about 11 p.m. on Friday, shot an 18-year-old clerk, then left with an undisclosed amount of money. The victim identified as Ariana Flynn, suffered a gunshot wound to her face. Flynn remains hospitalized with serious injuries.