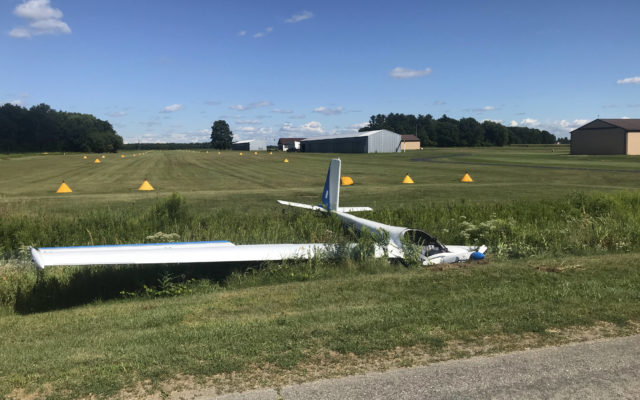 Two people were hospitalized with minor injuries after their plane crashed Sunday, August 16 in Frankenmuth Township.

Frankenmuth police and fire were dispatched shortly before 3 p.m. to William “Tiny” Zehnder Field off S. Block Rd. for a report of a plane crash. Frankenmuth Fire Chief Phil Kerns said the plane was attempting to take off when it went off the grassy runway, traveling an additional 150 feet before coming to a stop in a four-foot ditch near Block Rd.

The two people on board were middle-age men from western Saginaw County. A minor extrication by police, fire, and MMR Ambulance was needed to remove both men from the aircraft.

The incident remains under investigation.