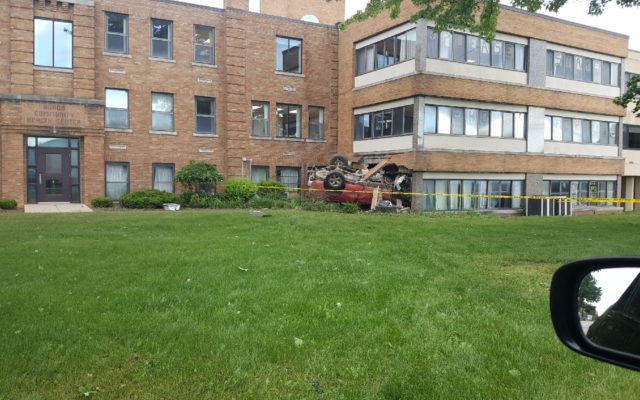 A 36-year-old man is facing charges after crashing a pickup truck into the Huron County Medical Care Facility in Colfax Township just before 11:30 Thursday night. Huron County Sheriff Kelly Hanson said the man was driving east on S. Van Dyke when the truck left the road and hit a gas main, then a tree, before ending up on its top in the building’s chapel. The driver fled the scene after the crash, and deputies later learned he had been with a 5-year-old boy, and the two had just purchased a puppy, which was found at the scene. The crash had caused a gas leak, which was quickly brought under control.

The stolen vehicle was towed back to Huron County for processing. The Huron County Sheriff’s office report indicates the suspect is still at large.