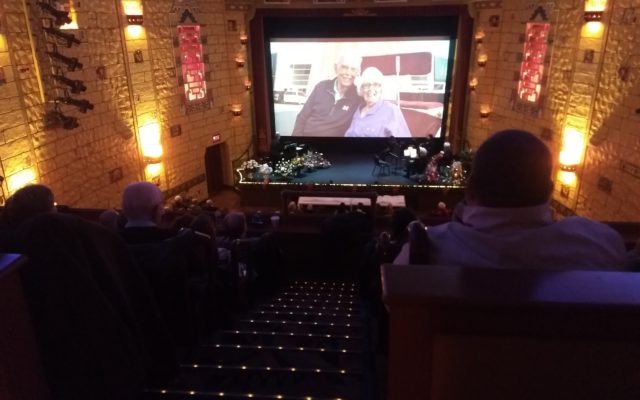 It was standing room only in Bay City's historic State Theatre as the community paid tribute to a long time volunteer, Peggy Rowley. (WGW News photo by Bill Hewitt)

It may have been a memorial service for Peggy Rowley, but there was more laughter than tears. The 88-year-old Rowley was well known for seeking donations for projects like the Riverwalk, Friends of the State Theatre and the Friendship Ring Fountain.

Messiah Lutheran Pastor Andreas Teich told nearly 600 people in the State Theatre of a time Rowley was in a local restaurant. While she was in the salad bar line a man walked up and put money in her bowl. When asked, the man said you’ll get the money some day in the future anyway.

While her son Mike appreciates the accolades, he says many others helped her make this a better community.