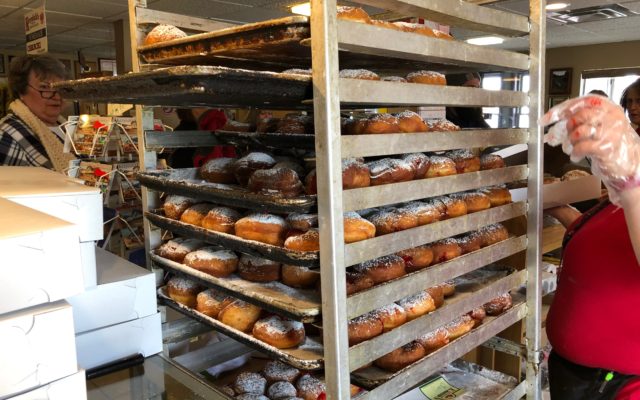 The day before the season of Lent is known as “Fat Tuesday,” “Mardi Gras,” (that’s Fat Tuesday in French), Shrove Tuesday and other terms. It’s the day before Ash Wednesday, which marks the official beginning of Lent, a period of prayer, fasting and repentance ending on Easter Sunday. Historically, Fat Tuesday is spent indulging in foods and activities that will be abstained from during Lent.  That’s where the rich foods like Paczki come in. In the old days, Fat Tuesday included feasting to get rid of the forbidden foods that would spoil by the time Lent was over.  The tradition continues today with Paczki eaten on Fat Tuesday, especially in large Polish communities in the Midwest and Northeast.

Pancakes are another traditional food for the day before Lent, which is sometimes called “Shrove Tuesday” or “Pancake Day.” Again, it’s about using up all the fattening ingredients in the house to get ready for fasting during Lent.  “Shrove” comes from an old English word that means confessing the wrong things you’ve done.

We had a great time doing Listen to the Mrs. today from Krysiak’s House in Bay City, where they have an annual fundraiser for the Salvation Army and turn out delicious paczki by the ton!