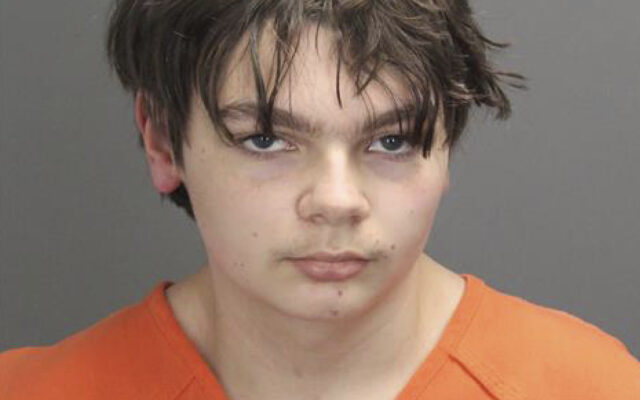 This booking photo released by the Oakland County, Mich., Sheriff's Office shows Ethan Crumbley, 15, who is charged as an adult with murder and terrorism for a shooting that killed four fellow students and injured more at Oxford High School in Oxford, Mich., authorities said Wednesday, Dec. 1, 2021. (Oakland County Sheriff's Office via AP)

Ethan Crumbley, the 15-year-old charged as an adult in the Nov. 30 mass shooting at Oxford High School was arraigned Wednesday in Oakland County Circuit Court. He’s facing first-degree murder, assault with intent to murder, terrorism and gun charges.  Crumbley appeared for the hearing from the Oakland County Jail, where he’s being held.

Four students were killed and a number of students and staff were injured in the shooting. Crumbley waived a preliminary exam in the case.