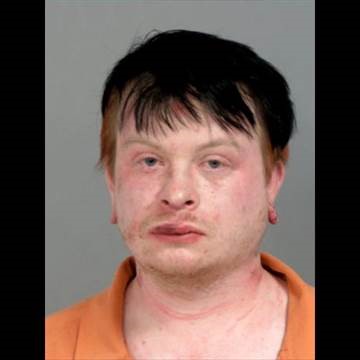 A 26-year-old man from Owosso is facing two felonies after he allegedly spit in the face of a police officer and implied that he might have the coronavirus. Genesee County Prosecutor David Leyton said Ian Thurmes is charged with harmful substance-person falsely exposed, a
5-year felony, and resisting and obstructing police, a 2-year felony.

Mt. Morris Township Police were dispatched to a home for reports of a possible domestic disturbance and an active fight in the yard. When they arrived, they saw two adult restraining Thurmes, who they said appeared to be highly intoxicated. Police said he was yelling, kicking and acting belligerent.

The officers handcuffed Thurmes, and while he was on the ground, they say he rolled over and spit in the face of an officer who was wearing a protective face mask. The police report said Thurmes laughed and asked the officer if she thought he had the coronavirus and that
maybe he did–and maybe he didn’t.

“This is no laughing matter and I don’t find any humor in it all,” said Prosecutor Leyton. “People are dying from this virus, the entire world has been turned upside down because of it, and our first responders do not need the added stress of being worried whether they are going to contract this virus while they are performing their duties,” he said.

Thurmes was to be arraigned on the charges in 67th District Court and a probable cause conference will be scheduled.