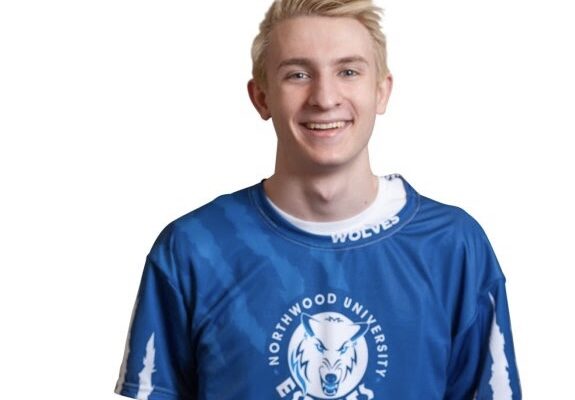 Northwood University’s Varsity eSports program fields teams in 11 different games and has seen much success over the last two years in the game of Overwatch due to player teamwork, communication, and dedication.

Now one those Overwatch players, Landon McGee, is taking his talents to the big leagues, signing with the The London Spitfire- one of 20 franchise teams in the Overwatch League.

Hailing from Jupiter, Florida, this Northwood junior has broken into the big leagues by signing with the London Spitfire.

McGee helped lead Northwood to back-to-back national championship runner-up finishes; four fall national titles; and the 2020 HUEFEST Championship. The championship accolades are just the start of how McGee has impacted the Northwood esports team, as he has been a pillar of leadership for the program by pushing his teammates to the next level with grit and determination. Off the digital battlefield, McGee has been a friend and scholar.

“Landon came to Northwood as an aspiring professional and within two years he has accomplished that, I am confident that he will be a mainstay in the Overwatch League,” stated Northwood Esports Coach Cody Elsen. “I strongly feel Northwood put Landon in the proper environment to achieve his newly-found pro status.”

“Northwood provided me with an opportunity of a lifetime, and I have a lot to thank Coach Elsen and Northwood for,” said McGee. “I am thrilled to make Northwood and my family proud in the Overwatch League. I will be continuing my studies through the Northwood Adult Degree Program (ADP), and finishing my marketing degree while playing professionally.”

Overwatch League was established in 2019 with a $25 million team buy-in fee and is made up of the top 100 players on the planet.