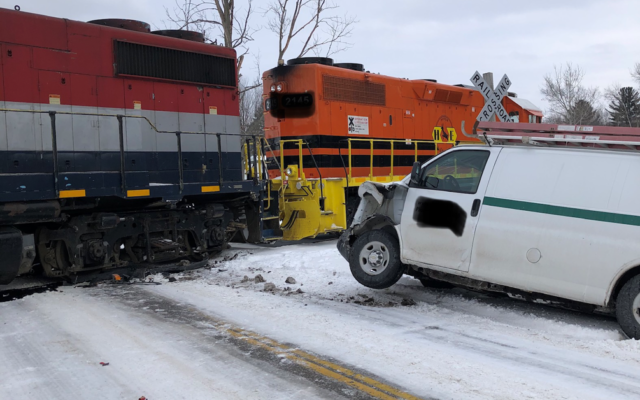 State police responded to the area of Brown and Hess roads in Tuscola County at the scene of a crash involving a white, full-size commercial van and a train. Police say icy road conditions contributed to the crash. The 53-year-old man driving the van was unable to stop his vehicle in time for the train heading north and collided with the engine. The driver told police he was unable to see the train in time. That railroad crossing also has no crossing gates or a lighted signal, only a yield sign.

The van sustained heave front end damage while the train sustained minimal damage. Speed is listed as a factor in the crash and the van driver was cited at the scene.