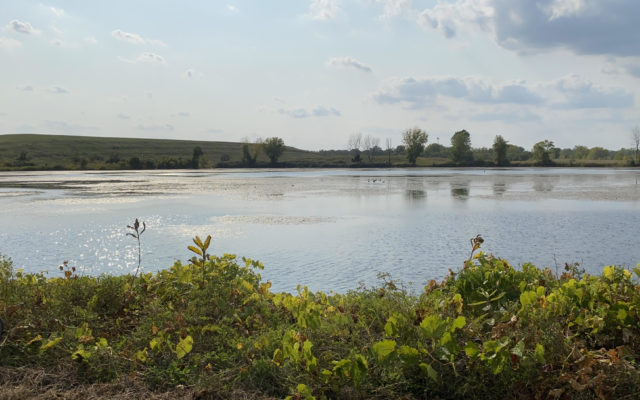 The site of the old Saginaw malleable iron factory, going forward, will now be known as the Saginaw River Headwaters Rec Area.

334 acres that used to be home to thousands of jobs and American manufacturing history has been worked on over the past several years to be transformed into the first County park within Saginaw city limits.

A ground breaking was held for the riverfront of the park, in hopes of allowing residents to sooner connect to nature.

Jordan Beal with Saginaw county parks, says in the short time he’s been working in the area he’s seen plenty of wildlife in the park.

He adds the former factory landfill may now “unofficially” be the highest point in the city of Saginaw, but is safe to explore and view the widespread wildlife habitats.

In the time Beal has been working at the park (since the state signed on with Saginaw county parks to manage it), he says he’s seen dozens of different forms of wildlife ranging from common deer, ducks, and geese; to beavers, blue and green herons, egrets, pheasant, and mink.