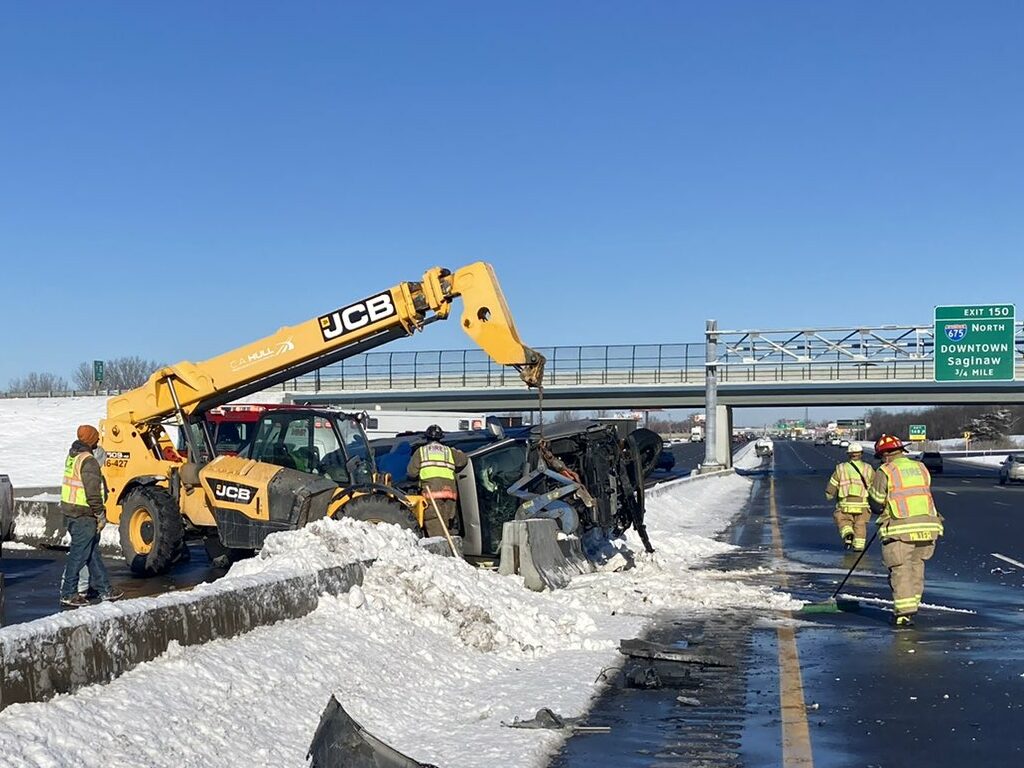 Michigan State police and first responders from Buena Vista closed portions of I-75 this morning after two different crashes.

Just after 11 am Saginaw County central dispatch reported a driver on I-75 south near mile marker 149 losing control of their vehicle, hitting a construction worker and then the median wall.

Debris on the roadway initially called for a complete closure of southbound traffic, but crews were able to reduce that to three as help arrived.

Shortly after reports of the southbound crash, a call was put out for aid on a 3 vehicle crash in the northbound lanes.

That incident closed 2 lanes, but no other information on injuries or other issues in the area have been made available.

The highway was completely reopened in both directions around 1 o’clock.