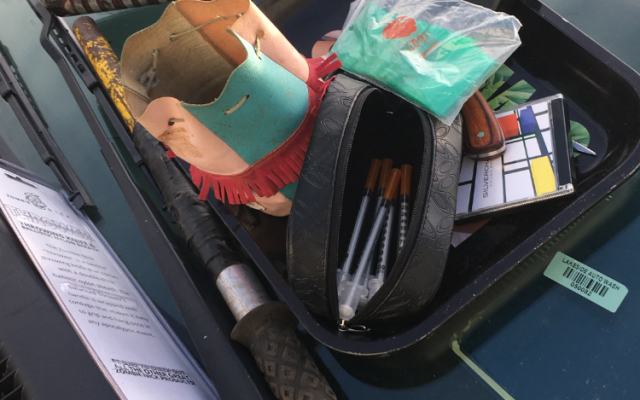 A 31-year-old man from Traverse City is facing drug, weapon and probation violation charges after State Troopers from the Mt. Pleasant Post responded to a suspicious vehicle complaint.

The troopers responded to the Mobile gas station in Rosebush about 4:00 p.m. Tuesday, along with a canine unit, which detected narcotics inside the vehicle. Troopers found methamphetamine, concealed weapons, ammunition, and other drug paraphernalia. Troopers say the suspect tried to destroy evidence while they were arresting him.

He was awaiting arraignment in the Isabella County Jail.