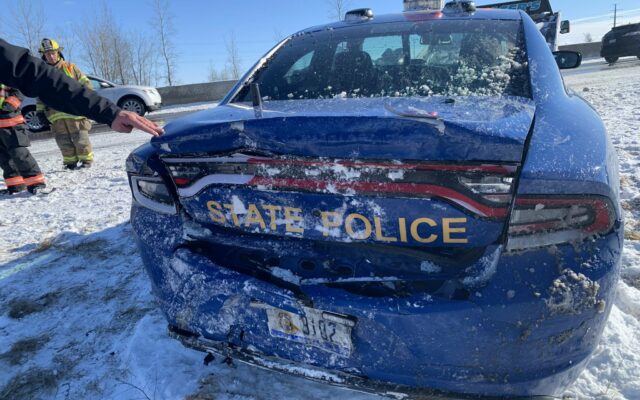 No injuries were reported after a state police patrol car was hit Sunday, January 23.

Police say the trooper was assisting during a slide off of another vehicle on I-75 near the 155 mile marker around 10:30 a.m. A driver in the area lost control of their vehicle and struck the cruiser.

It’s unknown if the driver was issued a citation.

A driver lost control of their vehicle on snow covered lanes and struck a patrol car that was policing a previous slide off on I-75 near the 155 mm in Saginaw County about 10:30 this morning. Thankfully, no injuries were reported. #DriveSlowOnIceAndSnow #MoveOver pic.twitter.com/qrgqnEiwun