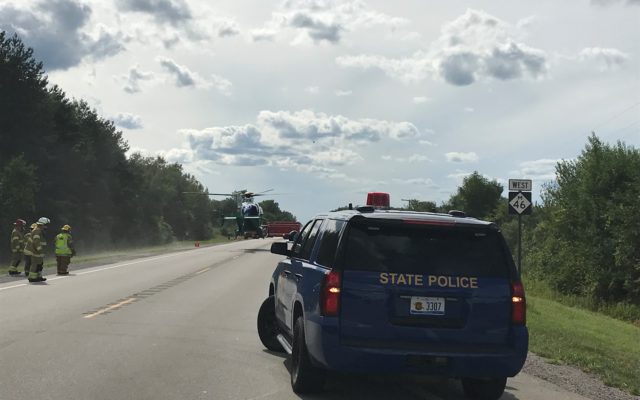 Police say a 68-year-old Vassar man was driving a red passenger car east on W. Sanilac Rd. near S. Ringle Rd. around 3:40 p.m. when his car was rear ended by a silver car driven by a 22-year-old Mayville woman. Police say the woman was distracted by her cell phone.

The crash pushed the red car into the west bound lane into the path of a motorcycle, driven by a 36-year-old Saginaw man with a 35-year-old female passenger from Flint. Both motorcycle occupants were ejected upon impact.

The victims were both wearing helmets but had to be flown to local hospitals for treatment and are listed in critical condition. The drivers of the cars suffered minor injuries and were treated at the scene.

The crash remains under investigation.