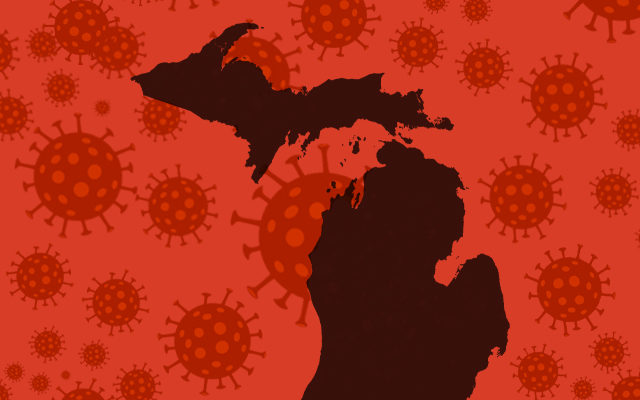 As of Thursday afternoon, there were more than 500 new COVID-19 cases in Michigan compared to Wednesday. Numbers released by state health officials put the total at 2,856. Sixty people have died, including one person in Tuscola County, where there have been two cases.

There are now 10 cases in Saginaw County, 6 in Midland County and 4 in Bay County. Geneesee County cases are up to 63. The
largest number of cases continue to be in Wayne County including Detroit, as well as Oakland and Macomb counties. Here’s a look at the numbers from the State of Michigan website:

City of Detroit and Wayne County are reported separately.

For consistency with previous outbreak reporting methodology, the Michigan Department of Corrections (MDOC) has been added as a separate jurisdiction under the “Other” category. This has resulted in the reclassification of some confirmed cases previously indicated among county case counts.

Notes:
This is a new reporting system and additional laboratories will be included over time.  Counts of specimens tested positive will not equal number of people with COVID-19. People may have more than one test or may have had their test from an out of state lab.
Total samples tested includes test that were negative, positive, and inconclusive.
Commercial labs only includes data from LabCorp.
Public health labs include the Michigan Department of Health and Human Services Bureau of Laboratories.
Counts represent the total specimens tested, not total patients tested. A patient can have more than one specimen tested, therefore the number of specimens tested may be more than the number of patients tested.